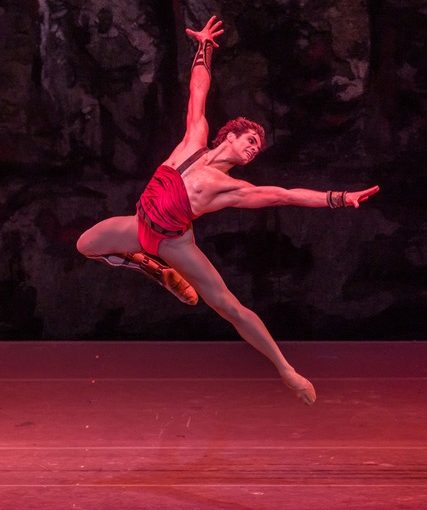 Rebellion, conflict and impassioned love stir the senses as the Bolshoi hits Brisbane.

In 1776, six years after James Cook sailed up the east coast of Australia, Russian Empress Catherine II founded the Bolshoi Theatre in Moscow – home to the Bolshoi Ballet which is among the oldest and most highly acclaimed classical ballet companies in the world.

Alone among Australian cities, Brisbane hosts the Bolshoi Ballet for its hallmark production of Spartacus – a real coup for QPAC!

The Bolshoi’s compelling production tells the story of the enslaved Thracian king Spartacus (danced powerfully by Igor Tsvirko) who led a gladiators’ revolt against the might of the Roman Empire. The role of his sweetheart Phrygia is danced exquisitely by Margarita Shrayner. Their fate pits them against the Roman consul Crassus, ( Alexander Volchkov) and his wily courtesan Aegina (Olga Smirnova).

Tsvirko dances the lead role with gladiatorial athleticism. His mighty leaps are inspiring and seemingly effortless. There is a particular  beauty in his graceful, intimate pas de deux with Shrayner. 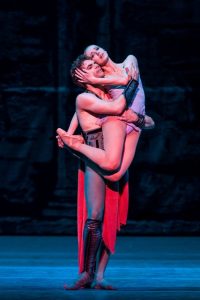 The depth and quality of the male and female corps de ballet are strikingly impressive. Any one of them might be principal dancer in a regional or provincial ballet company. Together, their superb technique adds  a grandeur to this kinetic drama. 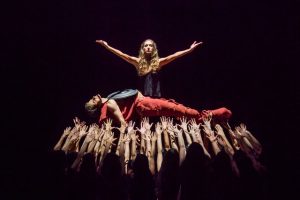 A half-century has passed since the Bolshoi premiered this work choreographed by Yuri Grigorovich. The world has changed. The ideals of the heroic Russian revolution of 1917 seem to belong to a different era. Hollywood’s 1960 blockbuster Spartacus starring Kirk Douglas is a past memory of sword-and-sandal epics. Ironically, Aram Khachaturian’s  moving Adagio adds a quaintly nostalgic touch as the theme music of the 1970s British TV drama The Onedin Line.